Buying a new CPU doesn’t only impact the performance of your PC for gaming, working, or browsing the web. The chipsets and motherboards you can use and even your access to technologies unique to one platform are affected by your choice of CPU. When it comes to desktop processors, Intel and AMD are the biggest names. But how can one decide which CPU to choose? And which CPUs are the best products of each manufacturer?

The answer to these questions depends on your budget and your expectations from your CPU. As you might know, the most expensive chips might be great for doing everything, but you might be able to find the best CPU for your primary purpose for a cheaper price.

In this “AMD and Intel Processors” post, we will tell you which CPU is the most suitable one for you. 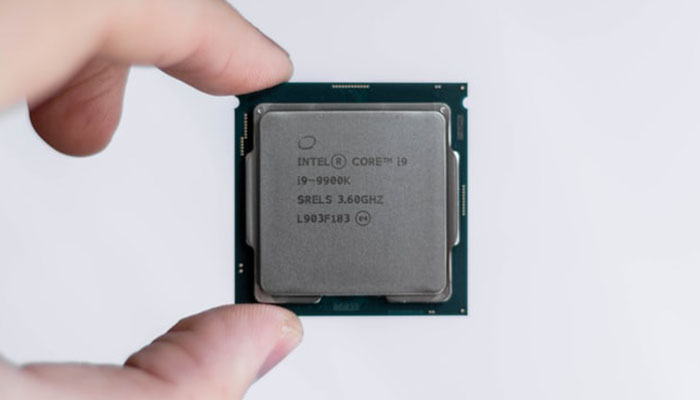 If you work with your PC, the battle between AMD and Intel processors is clearly defined: you should buy an AMD processor if you work using software and tasks that need more cores and threads. Intel's offerings are good too, especially at the higher end. Still, comparing them for the same money, AMD offers more cores. Moreover, outside the mainstream, Intel cannot compete with ADM.

Suppose you want an Intel CPU because your ecosystem demands it, or you want to have a CPU with the maximum gaming performance when not working. In that case, Intel's mid-range options are worth considering. Intel 10400 and 10400F CPUs, with an affordable price, offer six cores, 12 threads, and a clock speed able to reach 4.3GHz under the right circumstances. These are good choices that can compete with the comparably priced AMD Ryzen 3600.

The only negative aspect is that Intel's artificial locking of higher-speed memory to its Z490 motherboards is more expensive. To get the most performance out of your 10400F, you have to buy a board that may cost as much as the CPU itself.

AMD, which once offered the cheapest CPUs, can now compete through the entire CPU performance spectrum, specifically at the top end. You can say Ryzen 5 3600 is the best CPU of its generation while also affordable. This CPU has excellent performance due to its six cores and 12 threads and the option to overclock it to the same kind of speeds you should pay more to achieve otherwise. You can also get the most from Ryzen 5 3600 on cheaper motherboards based on the B450 chipset. For those who care about future-proofing, these motherboards may be upgradable to next-generation Zen 3 CPUs too.

However, if you have a larger budget, you can see what AMD's workhorses can do. If it is the case, you can purchase a Ryzen 7 3700X, the best mainstream multitasking CPU for its generation. It offers eight cores and 16 threads and can boost all of them much more than 4.0GHz when working its hardest. Ryzen 7 3700X can compete with even Intel's best CPUs in challenging tasks like video editing and transcoding; these Intel CPUs may cost twice or even three times the price.

If you need maximum performance but don't want to spend much on your working PC, the 3700X is the best choice.

If your software can use more cores and threads, and having a faster processor can help you have a more profitable workday, here are some absolute monster CPUs you might like to consider. These CPUs are mostly AMDs.

Let's start with Intel's 9900K and 10900K CPUs as two of the best multitasking chips for high-speed performance. These Core i9 CPUs offer 8 and 9 cores and 16 and 20 threads. Their clock speeds easily go over 5.0GHz, especially in 10900K. They can go further by overclocking, making them the absolute best option for tasks needing individual cores to run as fast as possible.

If you need more cores and not higher clocks, Intel's CPUs might not be so reliable. The 10980XE, 10940X, and 10920X CPUs offer 18, 14 and 12 cores. They boost clocks up to 4.6GHz. However, these CPUs are based on a much older architecture than newer Comet Lake designs. They are not as economical as what AMD offers.

If you can spend more on your CPU, ADM CPUs are ahead of intel in the field of productivity. The Ryzen 9 3900X is a CPU with 12 cores and 24 threads. However, you can have 16 cores and 32 threads by spending more and buying a Ryzen 3950X. The clock speed of both CPUs stays above 4.5GHz while boosting, and if cooled effectively, it can be maintained for lengthy periods.

Sometimes even 16 cores are not enough for those who do heavy video editing, video transcoding, or CAD work. AMD's high-end Threadripper 3000 CPUs are the chip that can make a real difference for this group. You can find these CPUs in 24, 32, and even 64-core options, supporting up to 128 threads due to simultaneous multithreading.

Threadripper 3000 CPUs come at a premium, with the 64-core 3990X, and you can say that they are cheaper than other CPUs that offer the same options. This generation of Threadripper CPUs has high clock speeds and strong single-threaded performance, unlike previous generations.

The Difference Between AMD and Intel Processors in Terms of Gaming

The cheapest option for the same features

When choosing between AMD and Intel processors for gaming, you have more choices today. Both ADM and Intel offer fantastic gaming performance at every level. Though some CPUs offer better performance for a higher price, you can't go wrong picking one of the brands to make the most of your new favorite game.

If you want to make the most of your money, the Intel Core i5-10600K is the CPU that offers the best raw gaming performance for a reasonable price. It offers six cores, 12 threads, and a stock boost clock able to reach 4.8GHz. This CPU gives you even slightly better gaming performance than AMD's top CPUs with higher price tags.

If you have decided to purchase an AMD CPU, you have to spend a lot more to get the same performance as the 10600 K's. It doesn't mean that AMD CPUs have worse performance; we want to say that you should slightly lower your expectations in raw gaming ability.

AMD's current generation CPUs' best bang for the buck is the Ryzen 5 3600. Having six cores and 12 threads, this CPU is similar to the 10600K. However, it only boosts to 4.2GHz, making it a cheaper option than the 10600K. You can spend the saved money on a better graphic card, which is a more important consideration for gaming.

The 3600 can also be overclocked. When running the latest Unified Extensible Firmware Interface (UEFI), the 3600 has reliable automated overclocking algorithms from AMD. You can also manually push it to near 3600X speeds and get a power equal to the power of a 25% more expensive processor without paying for it. Suppose you care about future-proofing and want a little better gaming performance. In that case, you can spend a little more on a Ryzen 3700X, which gives you excellent gaming capabilities due to its eight cores and 16 threads. It boosts up to 4.4GHz in the right circumstances. As we said before in the first section of this article, Ryzen 3700X is an absolute monster in general computing. So, if you use the same system for working and playing, this CPU is a fantastic choice. You can easily forget about the Intel CPUs for mixed role usage.

Both AMD and Intel's top-end processors don't give the customer the same value for money as some of their more affordable counterparts. But if you have a large budget and want to have the best of the best with the highest gaming power possible, here are some monstrous CPUs. It would help if you considered pairing them with a capable graphics card because the graphic card impacts game detail settings and frame rates more than the CPU does, especially when you play at higher resolution.

No CPU is capable of extremely high frame rates as the Intel Core i9-10900K. This CPU is an absolute monster that has ten cores, 20 threads, and an out-of-the-box boost clock of 5.3GHz (with the all-core frequency of 4.9 GHz). You can be sure the Intel Core i9-10900K will hold back no graphic card. At this high end of the CPU market, overlocking is a little limited because Intel has already squeezed so much performance out of this specific CPU and the architecture it is based on. Having that in mind, by using the onboard velocity algorithm, 5.3GHz is the highest frequency you can expect this CPU to go, but you can raise the all-core frequency on most processors, even to 5.3GHz all-core in some cases. 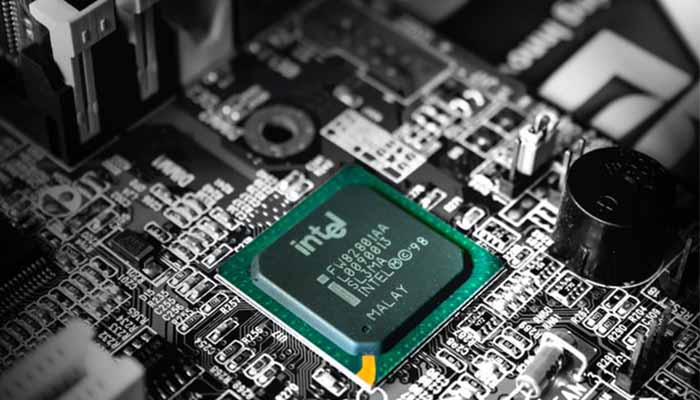 If you don't want to pay such a price for a high-end CPU, Intel's last-generation Core i9-9900K, which is only a few steps behind the 10900K (especially when overlocked), is a cheaper choice. It is a good way for you to get near top-of-the-line performance without paying too much. However, you will lock yourself in a motherboard platform you cannot upgrade in the future. As you know, most of the 10900 K's 400-series boards support 11th-generation Rocket Lake CPUs.

When it comes to absolute power, AMD can't compete against Intel's new-generation Comet Lake CPUs or the top chips from the ninth generation. But AMD processors still have some serious competitors with excellent future-proofing and amazing performance when not used for work and play and not gaming. In its generation, the Ryzen 9 3900X is the best AMD CPU for gaming performance. You might have seen the Ryzen 9 3950 XT and 3950X offering one or two percent of extra performance, which does not worth the price difference. The 3900X offers 12 cores and 24 threads and boosts up to a single core. It also offers solid gaming performance out-of-the-box. The performance of high-end Ryzen 3000 CPUs doesn't always directly improve performance in games, so you can't expect to gain much more on frequency directly. Even so, memory and infinity fabric overlocking can cause worthy results and is what you should speak to a reliable system builder about.

All in all, the 3900X offers the best gaming performance an AMD CPU from this generation can offer, even if it is a little behind Intel in the competition. Outside of gaming, the 3900X is a real workhorse. It is a great CPU to consider for your next multi-role system.

The Ryzen 7 3700X is also a good alternative. Although this CPU falls far behind the 3900X in productivity workloads, they are very close when it comes to gaming performance. The difference is the price: 3700X is significantly cheaper.

Final words about the difference between AMD and Intel Processors

As Intel clearly takes the lead in gaming performance and AMD steals the top spot in productivity workloads, the best CPU for your next PC depends on what you expect it to do. Suppose you are planning on making a predominantly working system. In that case, AMD CPUs are more likely to offer the best bang for your buck and the best top-tier performance at the high-end. If you want to use the same system for work and play, the AMD options offer better value for money.

The number of cores your software workload can use specifies how high you go in AMD's product stack. Although the 3600 gives the best all-around value, the 3700X and 3900X perform much better at productivity workloads and slightly better in gaming. Just think about their pricing premium.

However, Intel holds the edges if you want to make a pure gaming system and never do tasks like video transcoding, editing, or heavy file transfers. A mid-range CPU like the 10600K offers excellent performance (especially if overclocked) if you are not pairing it with a top-end graphic card.

Refurbished desktop computers: Is it Safe to buy them?

All you need to know about buying a refurbished laptop