Why a desktop computer?

If these factors matter to you, you may want to consider purchasing a desktop computer instead of a laptop. But how much do you know about different types of desktops? Knowing about the features of different computers available on the market helps you decide what to buy. 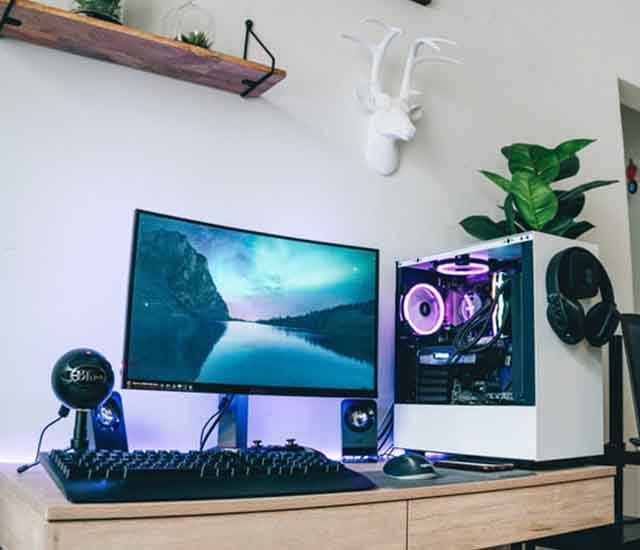 There are three main families of desktop computers:

A computer tower, which is also known as a computer case in a desktop computer, is a large and roomy upright case. The tower is usually placed under the desk due to its size. Towers are bulky, but they provide unrivaled versatility and the opportunity to upgrade or replace parts to have more capabilities or life of the unit. Towers come in different shapes and sizes and are made from a variety of materials including aluminum, plastic, and steel. The size of towers ranges from mini-towers to mid-towers and full-size towers. Deciding about the size of the tower you should buy depends on what the computer will be used for and how powerful it should be.

Mini-towers are the smallest type of tower computer and typically measure less than 14 inches in height. These towers are designed to converse desk space. The small size of mini-towers makes them a suitable option for users with limited desk space, but it also limits the upgrade potential of the computer. Since mini-tower cases can only support 1 or 2 internal drive bays, their data storage capacity is very limited. The limited space within these cases often makes it difficult to work with them and reduces their cooling capacity than larger cases that have similar equipment.

These computers are the most common full-sized desktop computers. Using mid-towers, you will have a balance between desktop footprint, interior space, and expandability. Mid-tower cases typically have a height of between 16 and 20 inches and a length up to 19 inches. These cases offer significantly better cooling compared to most mini-towers and usually support up to seven drive bays. These cases are large enough to support full-size expansion cards and 2 to 4 case fans which are more than the number of fans a mini-tower case supports.

Full-tower cases are the largest types of cases used in home computers. Full-towers can be up to 3 feet in height and usually support up to 15 internal and external drive bays. These cases have roomy interiors that provide excellent air circulation and workspace. Full towers often support up to 6 case fans.

Versatility is one of the biggest advantages of compact PCs. Compact PCs can offer you several crucial functions and features like Bluetooth connection, Wi-Fi, and a webcam. These computers can also be used for many different activities. Nowadays, there are several different types of compact PCs available from which you can choose the PC that fits your personal needs. 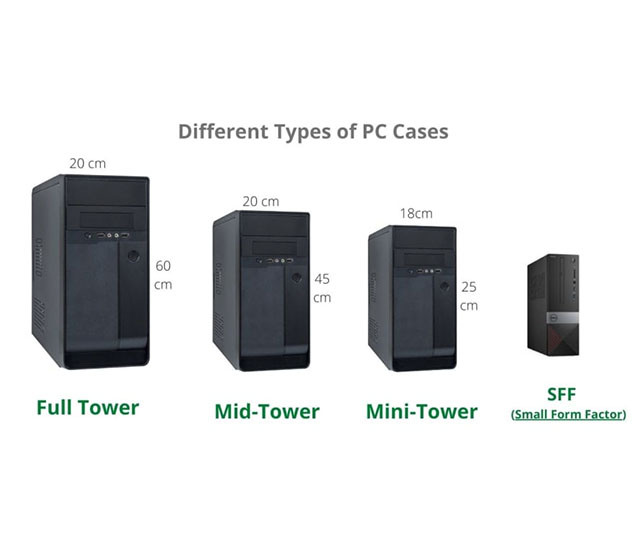 How to choose the right desktop computer?

Before deciding from which family you want to buy a desktop, you should know into which of the following categories you fit:

You can buy a cheaper computer if all you want to do with it is basic activities such as emailing, browsing the web, and using ordinary software needed in an office.

If you are a technology or game enthusiast or a media professional, you will need a high-end computer. These computers have excellent performance for heavy programs like audio/video editing, advanced games, and 3d rendering.

A mid-range system will fulfill most people’s needs, but if you are going to buy a computer don’t just consider your current needs. Consider your needs for 3 or more years and think about the parts that may need to be upgraded in the future.

What else should one consider when choosing a desktop PC?

Now that you know all available examples of desktop computers, here are some other factors you may need to consider when choosing a desktop PC:

Deciding about which operating system you want to use affects some of your other decisions including software choices and sometimes hardware decisions (for example, if you want to use OS X as your operating system, you have to go for an Apple Mac device). Each of Windows, OS X, and Linux have some advantages and disadvantages you should be aware of.

Check if the PC you are buying comes with a monitor, and if so, what kind of monitor it is? Buying a computer with a monitor or printer, or scanner helps you save some cash.

Be precise about the space you will need. If you want to buy a tower model, adding extra internal hard drives will be relatively inexpensive.

CPU is your computer’s brain. Check the number of cores, price range, and the processing power of the CPU. Decide if you want to buy an Intel or AMD CPU.

Your computer will slow when performing multiple or heavy tasks if there is a lack of RAM. Look for a minimum of 4GB RAM, even if you have a limited budget.

Entry-level; and some mid-range computers may offer built-in graphic processors. These onboard graphic cards are generally enough for daily tasks, but certain high-end programs and graphic-intensive tasks will need a dedicated graphics card.

Check if the PC has USB 3.0 and HDMI ports, and enough of each one. You may need to add a special card to support different or older ports. 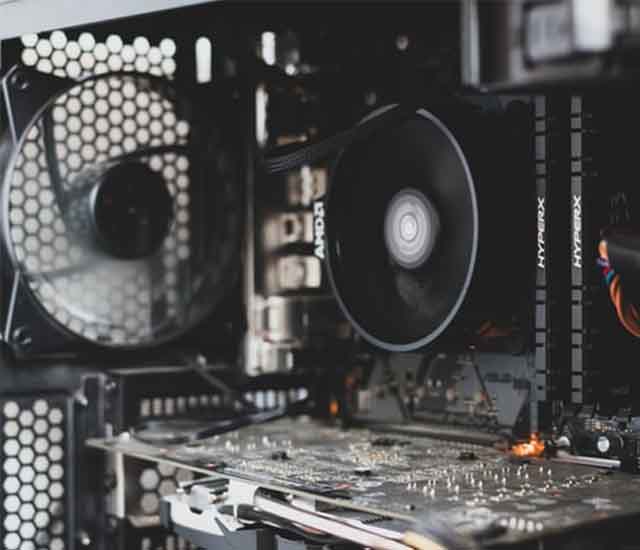 In this article, we talked about 3 different types of desktops and the important points you should consider before deciding what type of PC is the most suitable for your needs. You can buy a tower, compact, or all-in-one desktop computer considering your space and needs as well as the pros and cons of each type. However, there are other factors one should have in mind before deciding about which PC to buy, including its operating system and components like monitor, storage space, CPU, RAM, graphic cards, and ports.

Refurbished desktop computers: Is it Safe to buy them?

Refurbished Business Laptops: Are they right for you?