The Lenovo ThinkPad X1 Carbon is one of the best light and business laptops on the market. Stay with ITSIZER to review this popular product.

One of the slimmest 14-inch laptops you can get, the sixth-generation ThinkPad X1 Carbon, has the same slim dimensions of 12.7 x 8.5 by 0.6 inches and weighs about 1.13 kg as its predecessor. This laptop has the same soft cover and luxurious back surface as the previous generation, so placing your wrist on the laptop becomes a pleasure. If you look at the third-generation ThinkPad X1 Carbon 2015, you will not see much difference in appearance.
The X1 Carbon is so light that it compares favorably with its 13-inch competitors in terms of weight.

ThinkPad X1 Carbon's 14-inch display was admirable and one of the most attractive laptop screens we've ever seen.
The colors on the HDR screen were on another level. The colors of the red and blue range were so deep and saturated that they reminded me of the best phones with OLED screens and beautiful Alienware 13 OLED screens. Just staring at the red on the X1 Carbon desktop background was a fun treat for my eyes.

Equipped with a quad-core processor, Core i5-4th Gen, 8GB of RAM, and 256GB SSD, the ThinkPad X1 Carbon passed all the tests in our first review.
The laptop has always been fast and responsive, whether giving large amounts of data to spreadsheet programs or video compression or simply surfing the web. We also tested a model with a faster Core i7-8550U processor that performed slightly better. The Lenovo laptop with the Core i5 processor scored a very good 13,173 on the Geekbench 4 (a combination test that measures overall performance).

You can not buy a laptop with integrated graphics (GPU or in-processor graphics) and expect to run heavy games, but the X1 Carbon GPU with Intel UHD 620 GPU, is enough for low-end gaming. Users who need a lot more graphics power should buy an external graphics processor and connect it to one of the Thunderbolt 3, X1 Carbon ports.

If you're going to listen to music with the X1 Carbon, plug in headphones or use a Bluetooth speaker. When I played a piece of music by AC / DC, the volume was so loud that it filled my dining room. But the sound of the instruments was so unpleasant and out of my normal state that I could not listen to it until the end. By default, Dolby Audio software automatically matches itself based on the software you are using, but You can manually select one of the modes of sound, music, game, etc.

The ThinkPad X1 Carbon offers the kind of world-class keyboards we expected to see on Lenovo commercial laptops. They never disappointed me. When typing, the soft surface of the background made my wrists feel really good.

The ThinkPad X1 Carbon will get you through one business day and then some. The 1080p version of the Lenovo laptop was tested for 11 hours and 1 minute on the laptop battery 2.0 test, which includes continuous Wi-Fi tracking. Our model, which was tested with 2K, HDR screens, lasted 10 hours and 28 minutes. 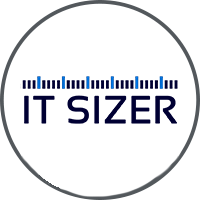